Castle For Sale in Greece – Ancient and Unique

CASTLE FOR SALE IN GREECE

Ancient and Unique Castle For Sale in Greece. A historical building of the most rare in Greece, built in 1848
in the traditional way with active tower, made to target and protect from the enemy , with small loophole windows, and evenhole for pouring hot oil ! It is restored, electrified and habitable. Surrounded by a small courtyard and traditional property with garden. The property consists of 3 floors and extend to 200 m. The total area is around 300 sqm.
Details of the Castle For Sale in Greece
> The tower consists of two main homes and three floors. The ground floor consists of two arches. A small (bedroom) and another one more, kitchen and wc.
> On the first floor is the second property that consists of a large rectangular room with traditional reed roof and the interior, as well as bathroom.
> There is connected to the tower, which consists of two rooms 20 sqm. Connected with internal stairs. In both houses there are kitchen cabinets and auxiliary recent construction counters.
> Walls exceed one meter in thickness and bases consist of boulders something that makes the building extremely safe in case of an earthquake. In the main room of the first floor there are inner cabinets built since the construction of the building.
> At the highest point of the tower , there is the room to the embrasure intact and  loopholes for targeting and also the hole for pouring hot oil during war time.
> Externally, by the side of the one entrance, is a small courtyard, which includes a traditional stone oven. There the house adjacent to other two traditional houses of relatives structured accordingly. At the other entrance of the lower house ,extends a long and narrow plot that can be configured as a garage and garden.
> Built in 1848 with the death of the chieftain Petrobey Mavromichali, leader of the Greek Revolution, this property contains the historic and continued Mani tradition.
> The tower has been renovated without interventions in the traditional style. It is electrified, and water provision , elements that make it totally habitable.
The tower is located in Peloponissos, in Mani. The people of Mani are considered to have routs in ancient Greece and come from the people of ancient Sparti. Throughout the history, they were known by their neighbours and enemies to be fearless warriors with experience in bloody battles. From the Byzantine times, it was known that the people of Mani were acting as pirates. They spent most of their time living in guarded villages and towers which served as their base to fight for their land against armies that outnumbered them. Located in one of the least accessible areas of South Peloponissos, the proud people of Mani were never surrendered to any foreign invaders. 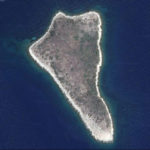 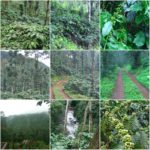